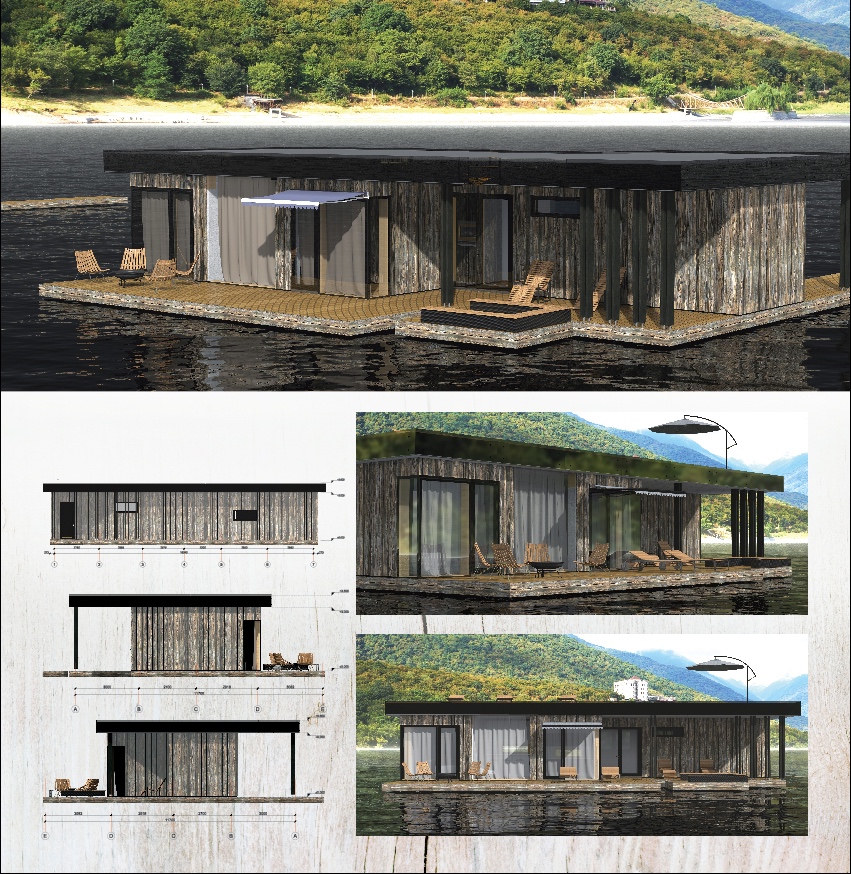 Latvian-Georgian investment amount every year is growing, as the evidence- joint investment project "The Island Of Music" of both countries, on Wednesday at opening ceremony in Kvareli, Georgia assured the President of Latvia Raimonds Vējonis and President of Georgia Giorgi Margvelašvili.

The President accented that the project "The Island of Music"- an open kind concert hall and the complex construction on the lake, demonstrate Latvian and Georgian investment projects potential.

He pointed, that increasing number of Latvian travelers are finding wide tourism opportunities in Georgia, and expressed the hope that the project "The Island of Music", which provides similar building construction like the Dzintari concert hall, will not only have a successful business cooperation project, but also will be cultural and recreational place where to come back again and again.

The significance of this project and importance of economical co-operation for both countries also mentioned the President of Georgia Giorgi Margvelašvili.

"Latvia has helped Georgia more times, particularly in supporting our closed ties with the European Union. It is important to increase the level of cooperation, and the President's support is very important for both the Latvian and Georgian businessmen. Georgia is like a bridge connecting the Asian and European lands, so we are interested in increasing economic cooperation with the Baltic States, "said the President of Georgia.

In today’s world leading builders make great effort to provide the best possible ecological, modern and professionally equipped living space for humans. People always want the best quality products, those that have been created for them, ecologically friendly, professionally and authentically. This is the why we have created for our company. QUALITY – INGENUITY – AUTHENTICITY – they are the company’s core values. We have operated for 14 years. We work in the Latvian market and cooperate with England, France, Holland, Switzerland, Norway, and Russia as well as implemented several European fund projects. Our team is stable, professional with great work experience and a high level of knowhow. We design, produce and build glass and wood construction – prefabricated wooden homes, modular homes, pile buildings, timber frame houses, timber sun rooms, porches, wood – glass additions, gazebos at different difficulty levels, glass-wood construction, glazed facades, large gates, etc. We carry out all types of building construction works, including assembly, dismantling, installation of foundation work, concrete work, carpentry work, interior and exterior trim work, communication installation works, wooden facade restoration work, home improvement jobs, etc. and provide engineering solutions and project alignment. Our work is recognised by many architectural periodical issues, Latvian Architecture community and Architectural bueraus.: Finally we are proud of realising several distinctive and well-known objects in Latvia: On our webpage You can find different products which we have produced. We wish Your imagination flow creating design of Your dream product...Haven't any ideas? We will help You! Yours, SIA “Glass & Wood“